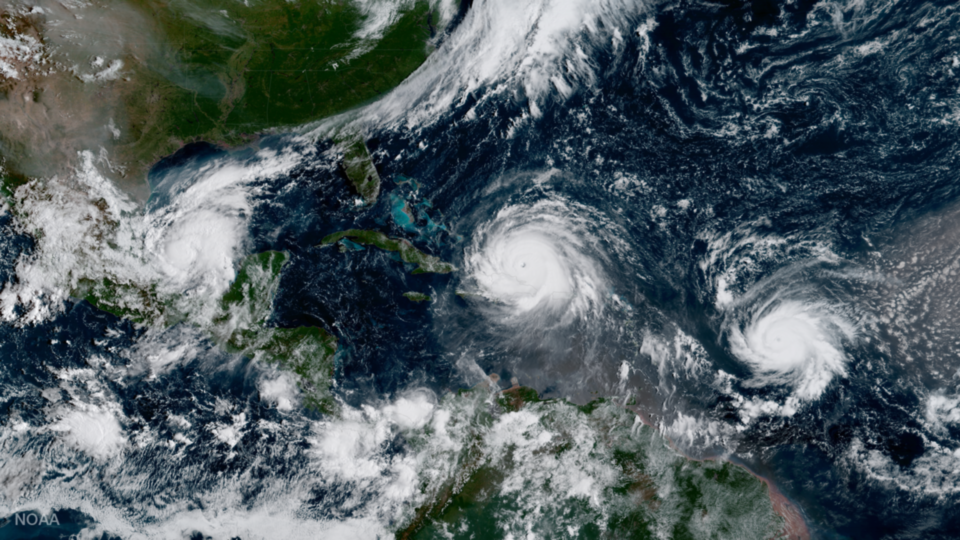 The 2017 Atlantic hurricane season has been extremely active both in terms of the strength of the tropical cyclones that have developed and the amount of storm activity that has occurred near the United States. This is even more notable as it comes at the end of an extended period of below normal U.S. hurricane activity, as no major (category 3 or higher) hurricanes made landfall from 2006 through 2016. Our study examines how rare the recent “landfall drought” actually was using a record of the estimated total energy of storms over the U.S., rather than prior methods of counting hurricanes making U.S. landfall. Using this technique, we found that 2006–2015 was in the least active 10% of 10 year periods in terms of U.S. tropical cyclone energy but that several less active periods had occurred in the last 50 years. The 2006–2016 drought years did record the lowest percentage of storm activity occurring over the U.S. relative to what was observed over the entire Atlantic. This finding is further evidence for a trade-off between atmospheric conditions favoring hurricane development and those that are most favorable for powerful storms to move towards the U.S. coastline.