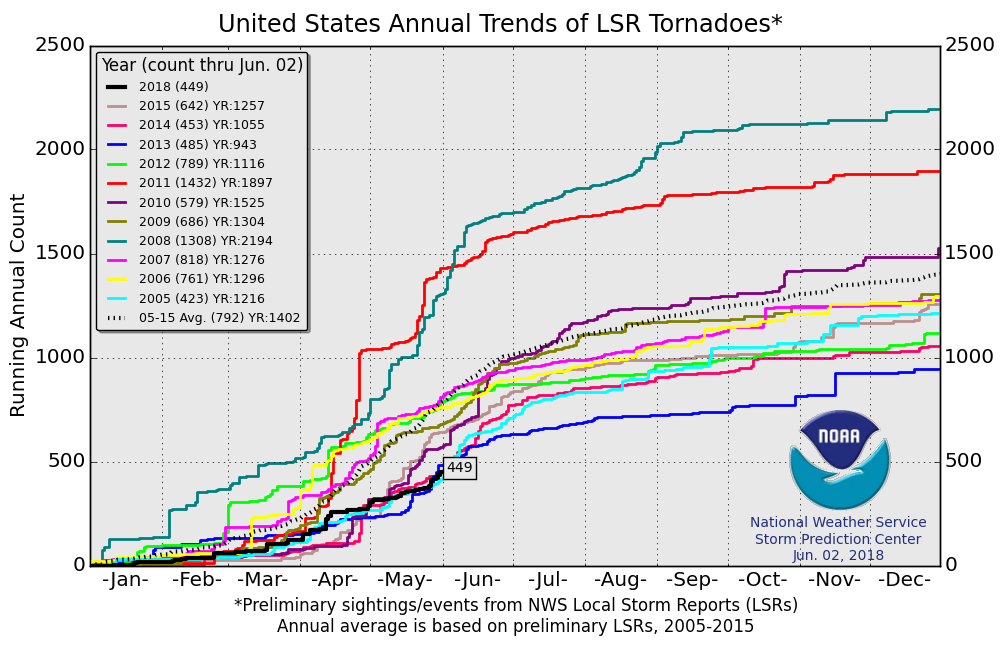 The spring severe weather season for the U.S. (March – May) is finally over. We had 449 EF0 – EF5 tornadoes from Jan 1 to June 2, which is a record low number for the period and certainly well below the historical average during 2005 – 2015 (792). Recent studies have suggested that U.S. tornado activity in spring season is influenced by tropical Pacific sea surface temperature condition, which is known as El Nino – Southern Oscillation (ENSO). A weak La Nina (i.e., cold sea surface in the eastern tropical Pacific) developed in the tropical Pacific around September 2017. However, the tropical Pacific returned to ENSO-neutral during April 2018. Given that ENSO’s impact on U.S. tornado activity is largely in April, it is probably safe to say that the 2017 – 2018 La Nina terminated too early to influence this year’s tornado season in the U.S. So, what is behind a record low number of tornadoes in the U.S. this year? Probably, we should thank the unpredictable weather for it.