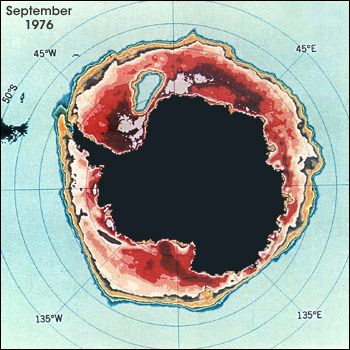 A 1000-yr control simulation in a low-resolution coupled atmosphere–ocean model from the Geophysical Fluid Dynamics Laboratory (GFDL) family of climate models shows a natural, highly regular multidecadal oscillation between periods of Southern Ocean (SO) open-ocean convection and nonconvective periods. It is shown here that convective periods are associated with warming of the SO sea surface temperatures (SSTs), and more broadly of the Southern Hemisphere (SH) SSTs and atmospheric temperatures. This SO warming results in a decrease in the meridional gradient of SSTs in the SH, changing the large-scale pressure patterns, reducing the midlatitude baroclinicity and thus the magnitude of the southern Ferrel and Hadley cells, and weakening the SO westerly winds and the SH tropical trade winds. The rearrangement of the atmospheric circulation is consistent with the global energy balance. During convective decades, the increase in incoming top-of-the-atmosphere radiation in the SH is balanced by an increase in the Northern Hemisphere (NH) outgoing radiation. The energy supplying this increase is carried by enhanced atmospheric transport across the equator, as the intertropical convergence zone and associated wind patterns shift southward, toward the anomalously warmer SH. While the critical role of the SO for climate on long, paleoclimate time scales is now beyond debate, the strength and global scale of the teleconnections observed here also suggest an important role for the SO in global climate dynamics on the shorter interannual and multidecadal time scales.